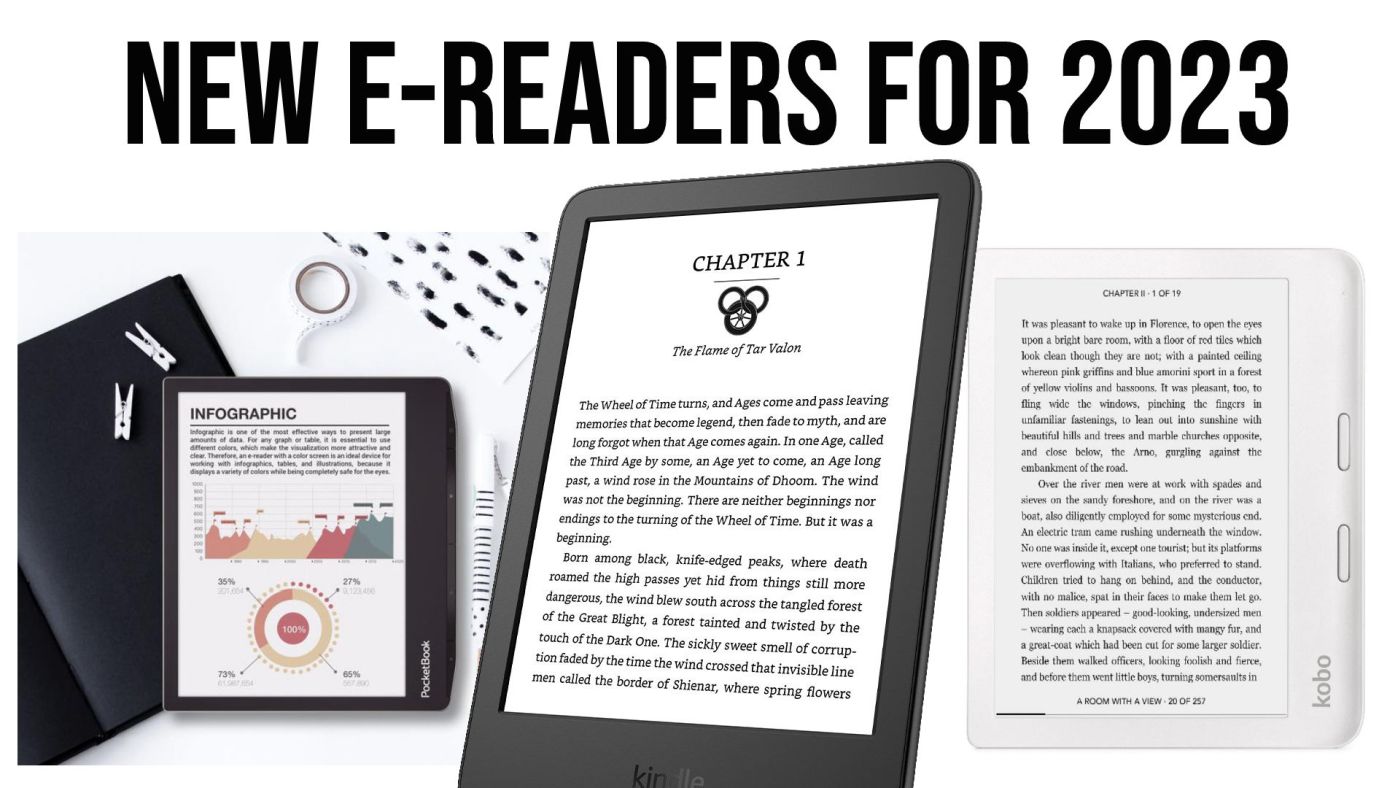 The year 2022 has been rich in new hardware (Kobo Clara 2E and new Kindle to name a few) and the year 2023 also promises some nice things. The opportunity to see what we can expect as new readers...

The first thing that seems obvious is that Kobo must work on an affordable e-reader that would compete with the new Kindle.

Indeed, the Kobo Nia (current e-reader of the range at less than 100€) is starting to show its age with its rather slow screen and its not always top definition.

Clearly, if Kobo wants to get back in the race and offer something very good in the entry level, it will have to release a new version of the Kobo Nia.

On the Amazon side, we have already had a renewal of the Kindle Paperwhite with the very good version released in 2021 that offers a great value for money with its 6.8-inch screen.

A few months ago, a new Kindle was released for less than $100.

Logically, it's the turn of the Kindle Oasis to get a makeover - if Amazon still wants to market it. Indeed, with its price close to $300 and the competition of cheaper and excellent models like the Kobo Libra 2, nothing indicates that Amazon will continue the Oasis adventure.

But, if a new version is to be released, the year 2023 seems to be the right time for Amazon.

With the arrival of the new Gallery 3 color screen technology, we can expect to see new color readers.

As previously mentioned, the Pocketbook Viva has already been announced and we'll see what this reader offers in terms of color. The first echoes indicate much better colors than on the Pocketbook Color (for example), but a screen that takes longer to refresh...